The international progressive ensemble Eternal Return is a five-piece combining various duos/trios that have previously recorded and toured together. Notably, Colin Edwin (Porcupine Tree, NoMan, O.R.k.) on bass with his frequent collaborator, Estonian guitarist Robert Jürjendal (Toyah Wilcox, Fripp’s Crafty Guitar School). At the heart of the band is Dogon, the duo of Miguel Noya, (Venezuelan electronic music pioneer, Phantom Limb Recordings) and Paul Godwin, (California-based composer/singer). Dogon have been widely celebrated and aired since the late ’90s – “the best of progressive ambient”- WIRED Magazine. Holding down this aerial act is Miguel Toro, Venezuelan-born, Berlin-based drummer (Royal Dust). It seems like a distant past when five musicians from around the world could meet in a foreign city to record an album in-person, but that’s just what they did. They came from Venezuela, England, Estonia, California & Spain to meet in Berlin and form this band. The result is something flowing and hypnotic, mysterious yet comforting. 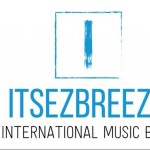 1 thought on “Eternal Return’s Debut Release “Once Only””